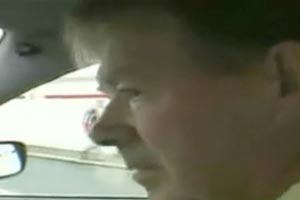 Irish (Gaeilge) originated in Ireland and was historically spoken by the Irish people. Irish is now spoken as a first language only by a small minority of the Irish population, and as a second language by a larger minority. However, it is widely considered to be an important part of the island’s culture and heritage. It enjoys constitutional status as the national and first official language of the Republic of Ireland. It is also an official language of the European Union and an officially recognized minority language in Northern Ireland. Irish was the predominant language of the Irish people for most of their recorded history, and they brought their Gaelic speech with them to other countries, notably Scotland and the Isle of Man where it gave rise to Scottish Gaelic and Manx. It has the oldest vernacular literature in Western Europe. ...read more 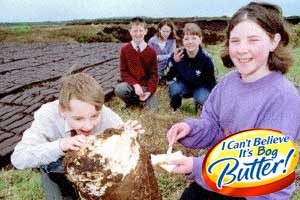 The high acid content of the soil gives bogs great preservative qualities. It turns out that between the 6th and 19th centuries A.D., people in Ireland and Scotland buried their butter in bogs, making butter one of the most widespread archaeological items found in bogs. ...read more 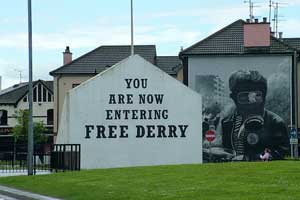 Free Derry (Irish: SaorDhoire) was a self-declared autonomous nationalist area of Derry, Northern Ireland, between 1969 and 1972. Its name was taken from a sign painted on a gable wall in the Bogside in January 1969 which read, “You are now entering Free Derry”. The area, which included the Bogside and Creggan  neighborhoods, was secured by community activists for the first time on 5 January 1969 following an incursion into the Bogside by members of the police force, the Royal Ulster Constabulary (RUC). Residents built barricades and carried clubs and similar arms to prevent the RUC from entering. ...read more 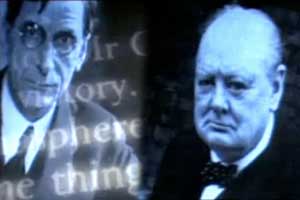 In June 1940, during and after the Battle of France, Britain offered to end the Partition of Ireland  quickly if Ireland would abandon its neutrality and join the war against Germany and Italy. De Valera had campaigned against partition and the 1937 Constitution drafted by him had an irredentist  clause describing the State as the “whole island of Ireland”, but he declined the offer. After the war he again called repeatedly for the ending of partition. The offer and his rejection remained secret until a biography was published in 1970. ...read more 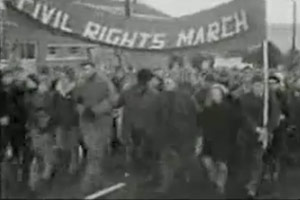 WAR AND PEACE IN IRELAND – (A Film by Arthur Mac Caig) retraces the conflict in Northern Ireland from 1968 up until the present day peace process. ...read more 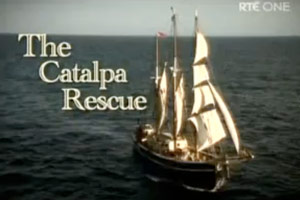 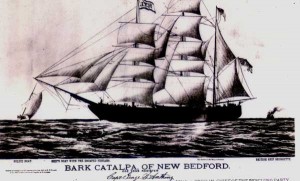 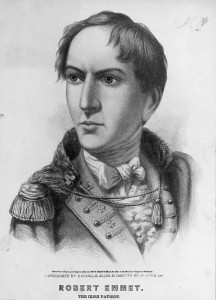 Robert Emmet (4 March 1778 – 20 September 1803) was an Irish nationalist rebel leader. He led an abortive rebellion against British rule in 1803 and was captured, tried and executed for high treason. ...read more