Please see below about an upcoming fundraiser this Saturday, October 28, 2017 from 2 pm to 5 pm at the Galway Bay Pub in Pawtucket, R.I. They hope to raise enough to erect gravestones in Philadelphia for two Fenians, Thomnas Darragh and Robert Cranston who escaped from Fremantle Prison in Western Australia on the Catalpa, which is commemorated on the stone and plaque dedicated by the Friendly Sons of St. Patrick in New Bedford. ...read more

The Friendly Sons of St. Patrick will be hosting their 12th annual Golf Tournament on Saturday June 11, 2016 at Allendale Country Club. All proceeds from this tournament are used to fund the Friendly Sons of Saint Patrick Scholarship Program. Annually, the organization distributes $20,000 in scholarships to area high school and college students. ...read more

Enjoy some photos from our 2012 Annual Dinner – held on March 10th at White’s of Westport. ...read more 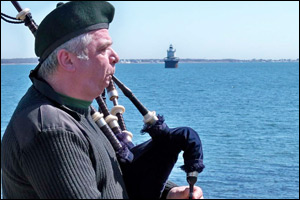 New Bedford, Massachusetts – A delegation of the Friendly Sons of St. Patrick will join with Mayor Jon Mitchell and other elected officials for a flag raising ceremony at City Hall on Saturday, March 17, 2012 at 9:00 A.M. The St. Patrick’s Day flag raising is in recognition of the many achievements, contributions, and successes of Irish Americans. ...read more 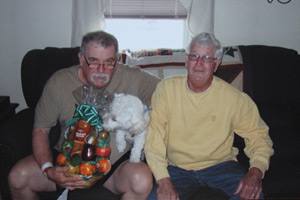 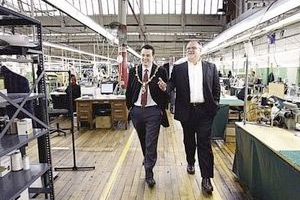 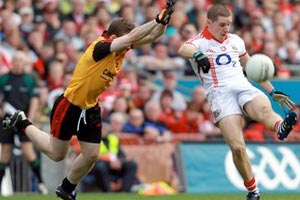 Resurgent Cork won their first All-Ireland football title since 1990 with a one point comeback win over Down at an emotion-filled Croke Park. After so many setbacks, disappointments and false dawns, the Rebels finally got their hands on Sam (Sam Maguire Cup) once again, but they had to dig deep into their reserves of courage and self-belief to see off the Mourne men. ...read more 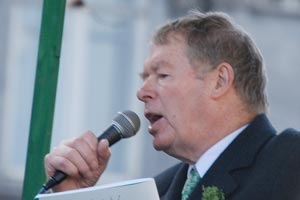 AFTER 62 seasons of powerful sporting commentaries full of legendary wit and intelligence, Micheal O Muircheartaigh has announced that this Sunday’s All-Ireland Football Final will be his last. A national institution described as “one part commentator, two parts seanachai”, whose voice is synonymous with the Irish summer, Micheal said: “There is only a while in everything” and that he wants to go while he still enjoys it. He will, however, continue to contribute to RTE Radio on a regular basis and will be in the commentary box for the international rules series with Australia in October. ...read more 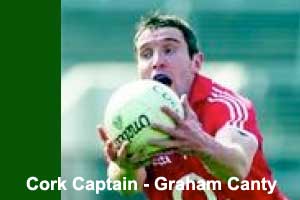 The All-Ireland Senior Football Championship is the premier “knockout” competition in the game of Gaelic football played in Ireland. The series of games are organized by the Gaelic Athletic Association  and are played during the summer months with the All-Ireland Football Final being played on the third or fourth Sunday in September in Croke Park, Dublin. The prize for the winning team is the Sam Maguire Cup.  Every county in Ireland participates in the Championship (except Kilkenny) so the competition is much more open than the Hurling Championship. Kerry and Dublin are among the most successful football teams. Kerry defeated Cork in the 2009 All-Ireland Senior Football Championship Final. ...read more 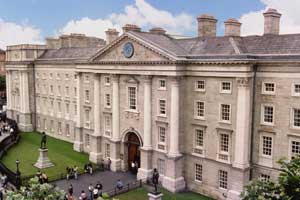 An Taoiseach, Brian Cowen TD, has launched a new education initiative supported by Enterprise Ireland to bring the sons and daughters of Irish emigrants all over the world to study in Ireland. The Ireland Homecoming Study Programme (IHSP) aims to encourage the children, grandchildren and great-grandchildren of Irish nationals, and non-resident passport holders living outside the European Union, to return to Ireland for their higher education studies. According to the Emigrant Advice Network (EAN) there are over 3.1 million non-resident Irish passport holders. ...read more 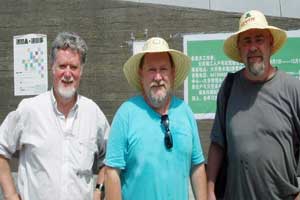 Derry’s Bogside Artists have just returned from Shenzhen in China where they painted a special mural for the Dafen Museum. Artists from all over the world were invited to Shenzhen to painting murals on the walls of the museum situated in Dafen Village, a place given over entirely to the art of painting and the only place of its kind in the world. Representing Ireland at the event, the Bogside Artists created a mural depicting the transition of old China to a new modern China. The piece won the praise of organizers, fellow artists and public alike and the trio have already been invited to return to Shenzhen in the future. ...read more 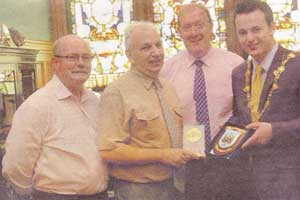 The Derry-born president of the Irish-American organization The Friendly Sons of St Patrick returned to the city this week to meet the Mayor of Derry, Colum Eastwood. Chris Donnelly was born and raised in Lisfannon Park in the Bogside and moved to the United States more than 20 years ago. Before moving to America, Mr Donnelly owned the Derby Bar on Great James’ Street. He is now a teacher in New Bedford, near Boston, where he lives. Mr Donnelly is a regular visitor to Derry with the Friendly Sons of St Patrick and attempts to promote stronger links between here and his adoptive city. ...read more 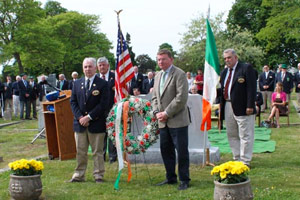 The wreath laying at the grave of  Captain George S. Anthony took place on Saturday May 22nd at the Rural Cemetery on Dartmouth Street New Bedford. Members and other invited guests and visiting dignitaries gathered at 8:45am. ...read more 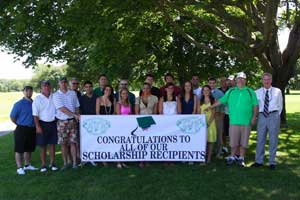 The Friendly Sons of St. Patrick Scholarship Committee awarded $14,000 to 12 outstanding students from Greater New Bedford on June 19, 2010. The awards were made at the club’s Annual Golf Tournament held at Allendale Country Club. The scholarships, open to students of all ethnic and racial backgrounds, are awarded on the basis of financial need and scholastic standing, with the first named awarded on academic merit by competitive essay. Funding for the scholarships is derived solely from the Friendly Sons two major fund raising events; the New Bedford Half Marathon each March and the Annual Golf Tournament in June. 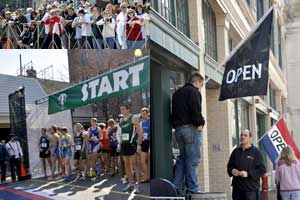 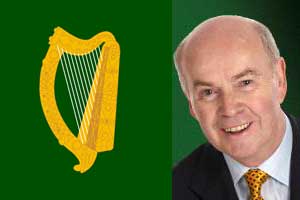 I am delighted to have this opportunity to pay my first visit to New Bedford and I want to thank the President of the Friendly Sons of Saint Patrick, Chris Donnelly, and the officers of the Society for inviting me to join you this evening on the occasion of your Annual Dinner Dance. I would also like to acknowledge the other honoured guests here this evening including the Mayor of New Bedford, Scott Lang, and I would like to congratulate the honorees who are to be recognised here tonight. ...read more