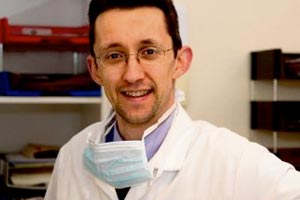 Dentistry in Ireland is at a crossroads. This time last year, two State-sponsored dental schemes operated in this State and covered dental bills, at least in part, for 80 per cent of the adult population here. Draconian cutbacks in state-sponsored dental schemes have led to a severe drop in the number of patients. Dentist Paul O’Dwyer tells his story Next month, after a decade serving the community in rural Co Tipperary, my dental practice will close.

When I graduated from UCC in 1997 I could not have foreseen this sad day. I hardly expected that over the coming years the State would sequentially cut the levels of financial support for patients in need of procedures, and thereby put them out of reach.

So how has it come to this?

Dentistry in Ireland is at a crossroads. This time last year, two State-sponsored dental schemes operated in this State and covered dental bills, at least in part, for 80 per cent of the adult population here.

That is not a typo. Eight out of every 10 Irish adults who attended their dentist could seek benefit under one or both of these two schemes.

The Dental Treatment Benefit Scheme (DTBS) allowed employed PRSI-entitled patients and their dependent spouses to attend their dentist for an annual free check-up and scale and polish per year. They could also be subsidised for routine procedures such as fillings, extractions and dentures, where the service was provided by their local dentist who was paid on a fee-per-item basis.

Meanwhile, the Dental Treatment Services Scheme (DTSS) allowed medical card holders to attend their dentist free of charge for routine examination, scale and polish and general dental procedures without the burden of expense to them. Again the service was provided by the patient’s local dentist and he/she was remunerated on a fee-per-item basis.

The obvious advantage to the patient was not alone costs – it also encouraged patients to attend their dentist, leading to improved dental health for the population as a whole.

Then came the clouds. Last year, An Bord Snip Nua recommended that the PRSI scheme be downgraded. Efforts by the dental profession and considered opinion from health experts were ignored. An independent economist’s study showed that the PRSI scheme gave a three-to-one saving in real terms – in other words €3 saved for every €1 spent. But that too fell on deaf ears.

The scheme was effectively collapsed, apart from the free examination. This token concession was left as a political gesture to assure patients that the scheme was “still there” and to assuage (very real) fears from health experts that oral cancer rates would increase if patients failed to present for routine check-ups.

The effect of this draconian measure saw patient attendance plummet in dental practices. With almost every incentive removed, patients started to postpone treatment and ultimately stopped attending for routine examination and scale and polish.

The dental profession sought urgent meetings to discuss this savage cut affecting two million patients. Patients were ill-informed of the move, hearing only about the cut from their practitioners. Long-standing preventive treatment started to be missed and literally the rot set in. It also had this cohort of patients (quite rightly) asking: why do we pay PRSI?

In my own practice, this led to some 40 per cent of my patient base evaporating overnight. From a business perspective, this led to significantly reduced and unpredictable revenue, but with operating costs remaining the same.

Just as the PRSI scheme collapsed and dentists were living in this new reality, the unemployment figures showed an all too familiar trend: a steady climb. With growing unemployment, more and more patients became eligible for medical cards, and most dental practices saw their medical card patient numbers swell.

This “re-distribution” of a new patient base meant that my own practice now became heavily dependent on medical card patients’ attendance. Previously this cohort of patients would have represented some 45-50 per cent of my patient base. It now represented 70-80 per cent of the overall reduced patient core.

Then, in April of this year, literally weeks after the budget, a circular was issued by the HSE – without any consultation with the contracting dentists who provide dental services – stating that medical card patients who presented for dental treatment should be treated on an “emergency basis” only.

The (as yet) undefined language of “emergency” and the unilateral imposition of a change in the DTSS contract led to mass confusion. Patients again were not informed, but rather the contracting dentists were left in the position of explaining to their medical card patients that they were no longer eligible for routine dental treatment under the DTSS.

This muddled picture of exactly what constitutes an “emergency” alone has led to patients staying away from dental surgeries. Clarification of this measure, urgent meetings to discuss its implications and the obvious hardship caused to medical card patients have been ignored. Meanwhile, 1.9 million patients cannot access routine dental treatment.

This then led to an extraordinary step taken by two dentists: Drs Reid and Turner. They brought High Court proceedings against the HSE seeking to injunct the circular indicating that the move was a breach of contract. They were successful.

Then, in what can only be described as a bizarre turn of events, rather than negotiate with the profession, the HSE appealed the decision to the Supreme Court.

Let’s step back for just a moment and think about that. The HSE spent taxpayers’ money in court proceedings to prevent 1.9 million patients receiving dental treatment! I thought the Marx Brothers were out of business, but apparently I stand corrected.

The Supreme Court ruled in favour of the two dentists. However, the remaining 1,000 other contracting dentists are still affected by the unilaterally imposed circular.

More court proceedings followed (in a separate but related case) leading to a decision by another High Court judge, this time in favour of the HSE.

The continuing confusion surrounding these two dental benefit schemes has had two significant effects. Firstly, the most vulnerable in our society are being denied basic dental treatment – something I personally find shameful in a supposed civilised society.

Secondly, dentists have seen up to 80 per cent of their business simply disappear. The substantive issue of medical card treatments will not be heard in court until December. The PRSI scheme remains effectively collapsed.

Throughout Ireland, dentists are working three-day weeks, putting nurses on part-time and, in some cases, shuttering up for good.

My practice, situated in rural Tipperary, provided dental services in a town serviced by two GPs and two pharmacies. Over the 10 years I have worked there, the community has had access to dental services in my surgery. From next month, these patients will now have to travel significant distances to attend a dentist.

Perhaps dentistry is not at a crossroads but rather in a cul-de-sac.

This story appeared in the Irish Times – HERE