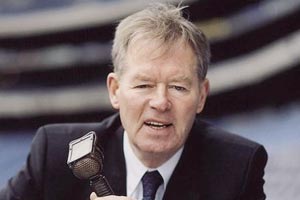 Mícheál Ó Muircheartaigh – born 20 August 1930 in Dún Síon, Dingle, County Kerry, (Irish Free State) is an Irish Gaelic games commentator for Raidió Teilifís Éireann. In a career that has spanned six decades he has come to be regarded as the natural successor of Michael O’Hehir as the “voice of Gaelic games.” ...read more 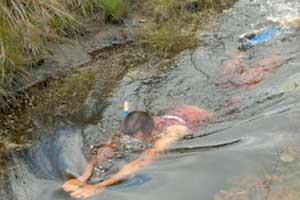 A CHAMPION is still a champion — even if they are covered in mud. Yesterday, a new winner — and world record holder — was crowned when Peter Cunningham shaved six seconds off the previous record, in the annual bog snorkelling championships. Peter (29), from Blackrock, Dublin, was one of 60 people taking part in the annual event just outside Castleblaney, Co Monaghan. The men’s event was closely fought with the winning time of 1 min 24 secs by Mr Cunningham, which exceeded the world record of 1 min 30 secs. ...read more 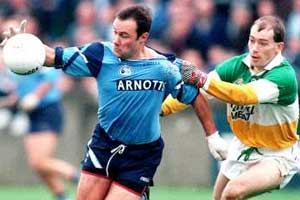 Gaelic football (Irish: Peil, Peil Ghaelach, or Caid), commonly referred to as “Football”, “Gaelic”, or “Gah” is a form of football played mainly in Ireland. It is, together with hurling, one of the two most popular spectator sports in Ireland. Football is played by teams of 15 on a rectangular grass pitch with H-shaped goals at each end. The primary object is to score by kicking or striking the ball with the hand and getting it through the goals. The team with the highest score at the end of the match wins. ...read more 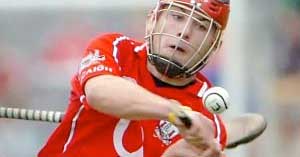 Hurling has been described variously as ‘field hockey in the air,’ ‘brutal field hockey,’ ‘like lacross but with solid sticks’ etc. None of these descriptions really do the game justice. To truly get a feel for the spirit of the sport requires that you see it in action. It exhibits a unique combination of skill, athleticism, stamina and speed that few sports can match. It is acknowledged as the fastest field game on earth. It has the speed and continuous flowing action of ice hockey but on grass. ...read more 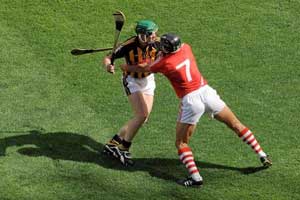 Hurling is an outdoor team sport of ancient Gaelic origin, administered by the Gaelic Athletic Association, and played with sticks called hurleys and a ball called a sliotar. The game, played primarily in Ireland, has prehistoric origins and is thought to be the world’s fastest field team sport in terms of game play. One of Ireland’s native Gaelic games, it shares a number of features with Gaelic football, such as the field and goals, number of players, and much terminology. There is a similar game for women called camogie (camógaíocht). It shares a common Gaelic root with the sport of shinty (camanachd) which is played predominantly in Scotland. ...read more